Brisbane-based developer Habitat has lodged plans for a $150-million residential development on the Sunshine Coast.

If realised, the east-facing development, to be known as St Clair, will overlook Lake Kawana.

It will comprise 200 two-, three- and four-bedroom dwellings and will include a 25m lap pool and pool house as well as a rooftop terrace and dining room.

The proposed development has been designed by K Architecture which is also behind the developer’s recently launched $83-million Maroochydore CBD project, Market Lane.

Habitat managing director Cleighton Clark said the application had been lodged at an important time as the region continued to recover from the fallout of the pandemic.

“We’ve been building on the Sunshine Coast for the past 16 years and this is the most buoyant market we’ve ever seen,” Clark said.

“Rental vacancy rates have been low on the Sunshine Coast for a number of years, but vacancy is incredibly tight and we’ve witnessed very strong rental growth in the past year.

“Apartments are now renting for 20 per cent more than they were 12 months ago in projects we’ve completed and continue to manage.” 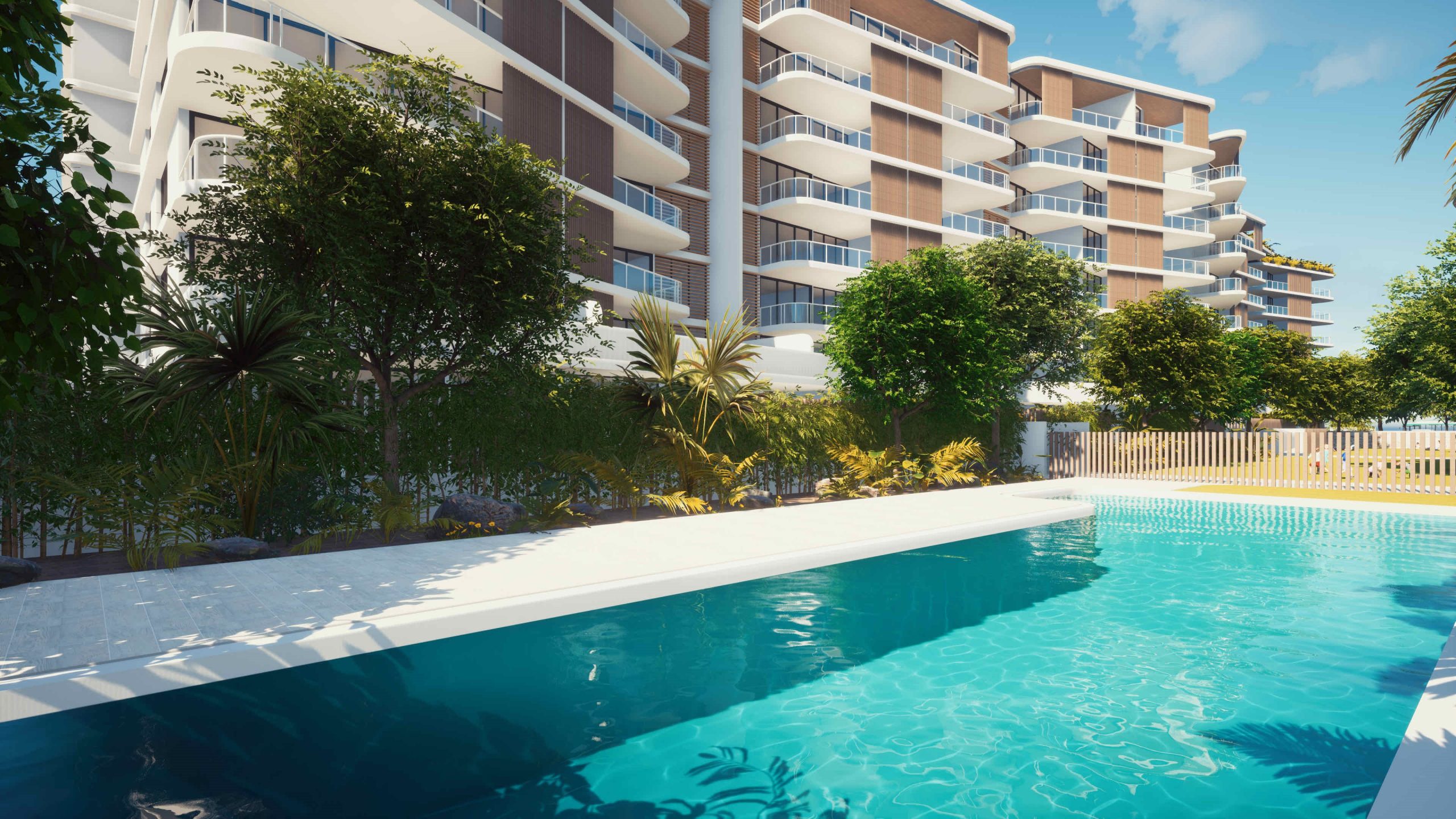 The push for seachange has helped building approvals to hit a record $1.9 billion on the Sunshine Coast last year, while the effects of a construction boom are now being felt across supply chains.

“We enjoy long-standing relationships with local subcontractors and suppliers, and we look forward to continuing these relationships as well as creating new employment opportunities in the local economy.”

Clark said the developer’s confidence had followed on from the successful sell-out of the Market Lane project, a two-tower development of 12 and 14 levels at the Mundoo Boulevard entrance to the new CBD.

Habitat has since secured development approval for another project in the precinct, a $94-million project comprising a mix of one-, two- and three-bedroom apartments in a 15-storey tower, known as Corso Residences.

Habitat’s St Clair project is due to commence construction in late 2022 with completion earmarked for early 2024.