THE final piece of a development puzzle in the form of a 58-unit apartment complex with its own rooftop terrace is set to bolster a fast-growing suburb.

Lot 8, the last stage of the High St development along Sippy Downs Drive, Sippy Downs has been drawn up and lodged with Sunshine Coast Council.

Sales and marketing manager Michael Schenk said the complex had decreased the number of units to make larger floor plans to “meet the market needs”.

Other changes include the removal of two levels of basement car parking, replaced with podium level carparking, and the overall building height reduced from eight storeys to seven.

The 41-metre high building also has plans for a pair of 17m street art walls.

The original plans were approved by council in early 2018. 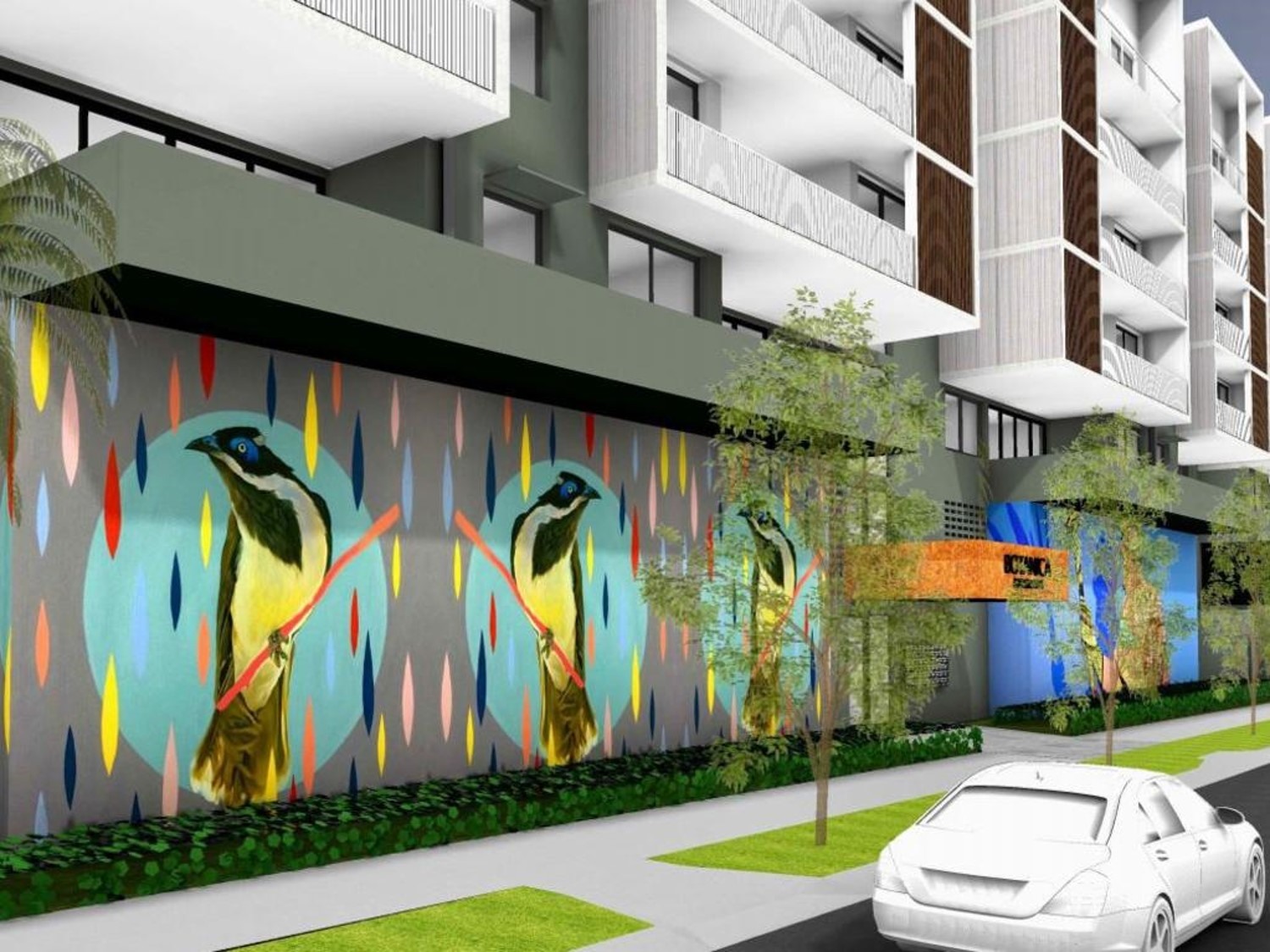 The High St complex is made up of nine components – Central, Hudson, York, Botanica, Forest Edge, Forest Park, High St and One Tree. Lot 8, the final stage, is yet to be named.

Mr Schenk said the Central building was completed four and a half years ago, with the others either recently built or still in the works.

He said after the rooftop terrace of One Tree had received “overwhelming” feedback they opted to include one in the last stage.

“This will be the final piece of the puzzle. We aim to start construction and sales around mid-2021,” Mr Schenk said.

“We toyed around a fair bit of where to put the rooftop terrace, but it will face Buderim. Facing north and up the hill, there was nowhere else.”

Mr Schenk said Habitat Development Group had purchased the site a number of years ago, and managing directors Steele and Cleighton Clark had the foresight to predict the suburb’s “phenomenal” growth.

“The more Sippy Downs changes, you wouldn’t recognise it now, it gives us a lot of confidence,” he said.

“Despite being so close to USC, our focus is not students, but more the growth industries it supports. The staff, tutors and lecturers.

“We also have four schools in the catchment and are quite close to the hospital.”