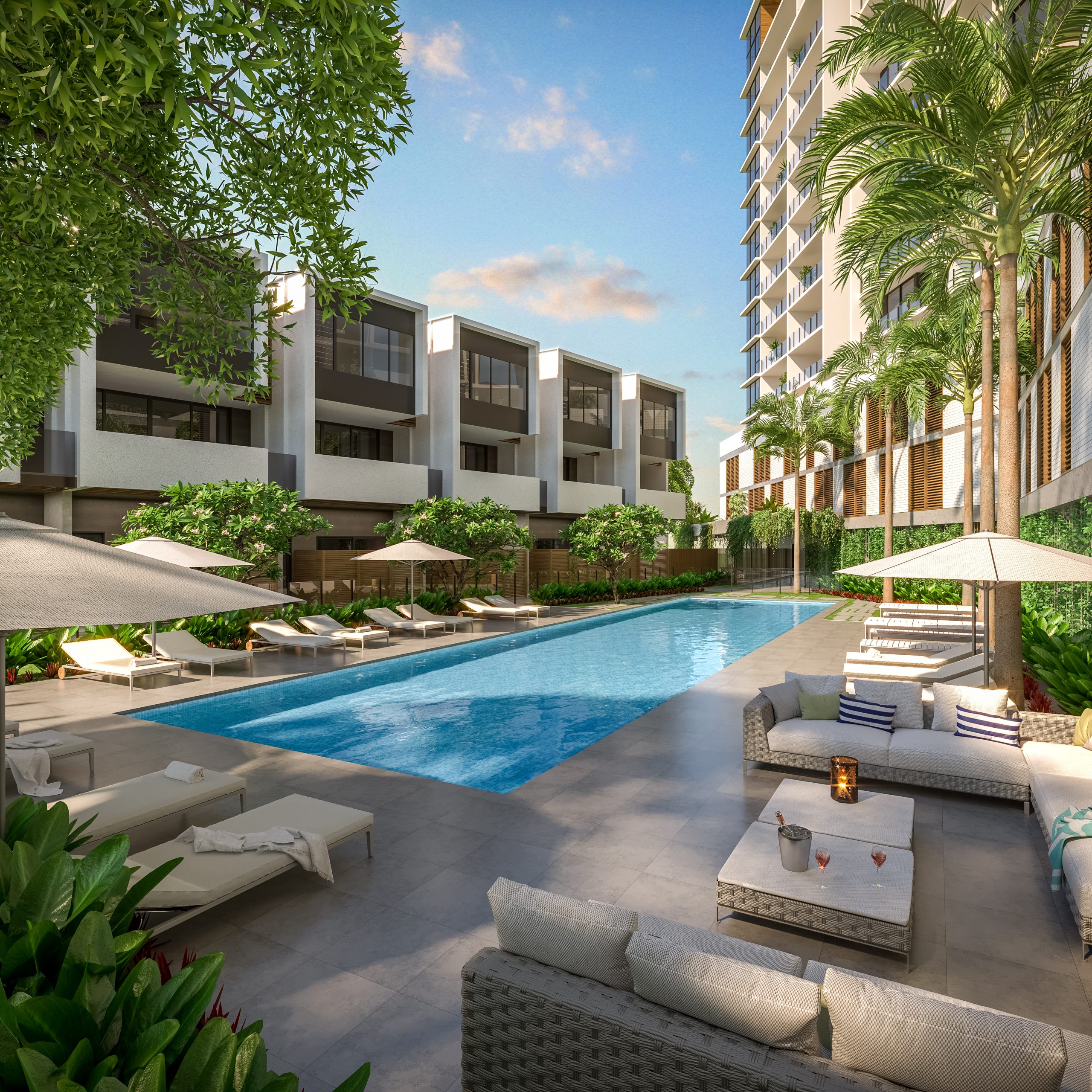 AN $83 million residential development combining homes and businesses has been confirmed for the new Maroochydore CBD.

Habitat’s managing director Cleighton Clark said their innovative plans had been driven by the CBD’s urban design and digital connectivity.

“SOHO townhomes are designed to have the efficiency of an office with the comfort of a home,” Mr Clark said.

“They are spread over two or three floors, depending on the size of the SOHO, with light, ventilation, noise and access to telecommunications and Internet connectivity all critical design considerations.”

The Habitat development will cover 4158sq m at the northern end of the 53ha site.

The first stage is proposed to be a 12-storey tower made up of 65 apartments, with building set to start in the second half of 2019.

Stage Two would be a 14-storey tower with communal rooftop terrace and pool and house 81 apartments.

The third stage would allow for six of the SOHO townhomes.

The announcement comes after Sunshine Coast-based development firm Evans Long announced in June its plans for an eight-storey building in the CBD’s core commercial precinct.

The Evans Long plans were for a building with about 4500sq m of commercial office space.

Meanwhile, the Sunshine Coast Council is forging ahead with its plans to build a ninestorey “tower of power” in the city centre, which would become the region’s new city hall.

Commentator Bernard Salt said millenials and baby boomers would embrace the new city centre as a desirable place to live and work in his report The Activated City: Imagining the Sunshine Coast in 2040.

He described the region as a “hotbed” of start-up action.

Mayor Mark Jamieson said the Habitat initiative made sense for the new CBD.

“The new Maroochydore City Centre aims to be one of the most digitally advanced in the country, making Habitat’s innovative SOHO townhomes a logical and exciting inclusion for this project,” Cr Jamieson said.

SunCentral CEO John Knaggs said interest in the CBD was coming from a diverse range of sectors and numerous submissions had been received.