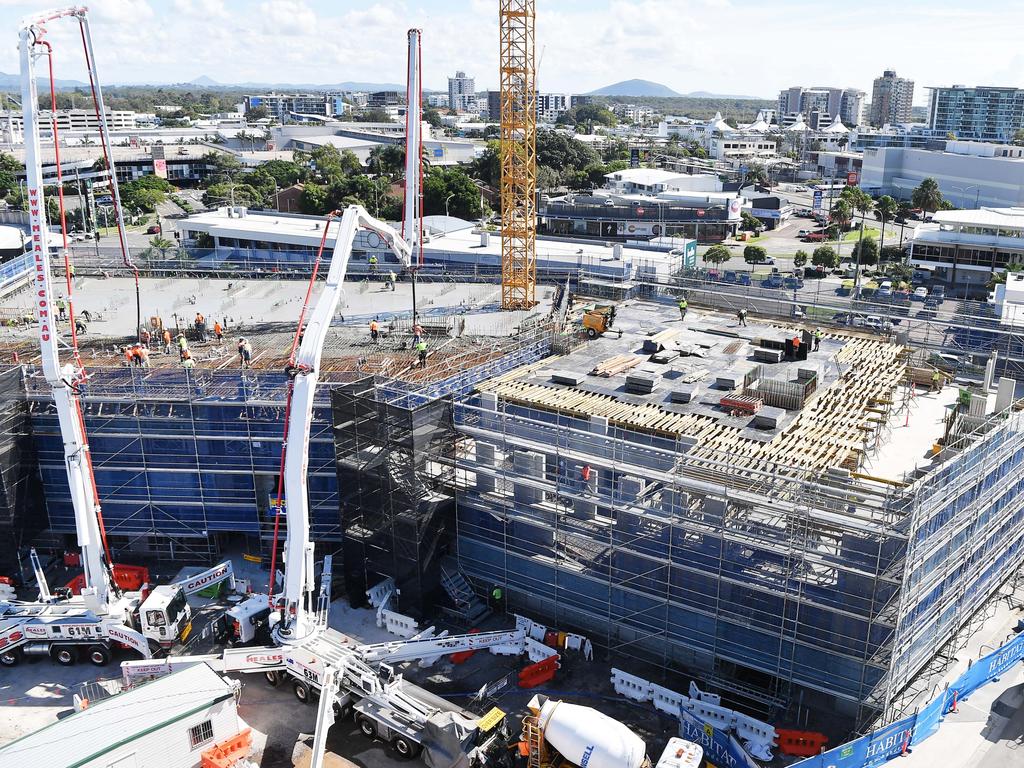 More than 1200 cubic metres of concrete is set to be laid by 200 workers on two of the new Maroochydore CBD’s landmark buildings.

Kunda Park’s Meales Concrete Pumping was started the pours on Monday for one of the Market Lane Residences towers and the new Sunshine Coast Council town hall building.

Meales is being contracted through Habitat Property Group and McNab Constructions for the respective developments.

“We will have four pumps going at once and maybe 200 concreters on site.

“There will be 180 trucks going back and forth too.”

Mr Reedman said to his knowledge, only Maroochydore’s M1 Resort, which had a pour of 1300 cubic metres, could compare to the scale of the jobs.

For context, an Olympic swimming pool can fit 2500 cubic metres.

Mr Reedman said the work began at 5am and was expected to be completed by 3pm.

He said it was exciting for the firm to be involved in the construction of two milestone buildings.